After over two decades of experience, Tim Deans, Vice President of Hydratech Industrial Solutions, a fluid power distributor serving industrial OEM and MRO markets across the US, has gained a diverse understanding of the industrial hose distribution market.

Hose + Coupling World had the pleasure of speaking with Deans to learn about his dynamic career and discuss his insights regarding the impact of current events on the industry’s supply chain, the potential consequences of a continued knowledge gap, and the environmental repercussions for failing to properly maintain an industrial hose.

Beginning his career in the national sales department for Toyota Motors, Deans quickly developed a wide range of skills which led him to various management roles. Hoping to supplement his business development knowhow with additional experience, he accepted a position with Gates as a District Manager for the Denver region. Deans was incredibly successful in this role, taking the district from a sales shortage to surplus in a little over two years.

Deans’ career then took a different trajectory when he accepted a new position at Gates as an application engineer. Here he worked with some of the distributor’s largest OEM accounts establishing engineering relationships that continue to thrive today.

“I really enjoyed the 15 years of engineering I did for Gates,” stated Deans. “The ability to work on everything from the Crawler for Cape Canaveral to the Joint Task fighter, and hose and fitting applications in-between, gave me the opportunity to be continuously learning new things. That was the fun of the job; it changed every day and I just had to adapt.”

Now, Deans uses the knowledge that he accumulated over the last 24 years in fluid power distribution to grow and develop HydraTech, and to offer his thorough understanding of the products and markets he works with to the hose community.

Over the past few years, the hose industry has experienced several unprecedented events that have led distributors to navigate obstacles that are somewhat atypical of the industry. One of the most pressing, and current, challenges has been mitigating the adverse effects of supply chain disruptions.

“Universally, I believe that anyone who cares to look would find that every hose manufacturer and distributor is currently dealing with some type of supply issue,” said Deans. “I would venture to guess that everyone’s inventory stocks have increased by 10% to 20% to mitigate the impact of delays.

Typically, when a distributor requires a hose, or part, for a costumer, they can procure it from the manufacturer, and it ships within a couple weeks. Due to the ongoing global crises and pandemic however, lead times for supplies can now take up to 20 weeks, putting a significant amount of pressure on distributors to continue to meet customer expectations.

“We truly have no other choice but to have larger inventories and extended return on invested dollar timelines which tie up our money for a longer period of time, before we see the benefit. If a customer is in dire need of a part, and we are lucky, someone in our network may have it in stock, but this has not always been the case. By developing relationships with multiple suppliers, distributors can continue providing the necessary parts to customers to meet the ever-demanding needs within the hose industry,” explained Deans. “Everybody has had to learn to depend on each other, especially the last two years. Having a network of individuals, and other distributors you can reach out to that will support you is essential to mitigating the effects of these ongoing challenges.” One of the key benefits of IDCO membership is the network of similar independent distributors that can leverage each other’s inventory.

Diversifying the Hose Industry with a New Generation

While there are industry professionals who have worked in the field for decades, younger generations seem less inclined to pursue a career in the hose industry.

“Hosing, while an incredibly valuable industry, has not attracted the younger generation; it does not speak to the tech-based interests many young people have,” suggested Deans.  “As this is an industry that relies on networking and continued relationships between mentors and their apprentices, customers and suppliers, establishing a network can be difficult, especially during the pandemic.”

Without the presence of a younger and more diverse workforce, the expertise and knowledge gained by individuals who have spent years learning about the industry will be lost. Luckily, the knowledge gap trend that has been prevalent in the industrial sector has recently begun to rectify itself. “After what seems like years, I have been seeing an influx of young faces entering the hose community; they have passion and I believe will keep the industry alive; ultimately it is critical for its evolution. We as stewards of this craft have an obligation to share our knowledge with the younger newcomers to assure the future of this industry.”

Replacing VS Repairing: What Is Better Environmentally? 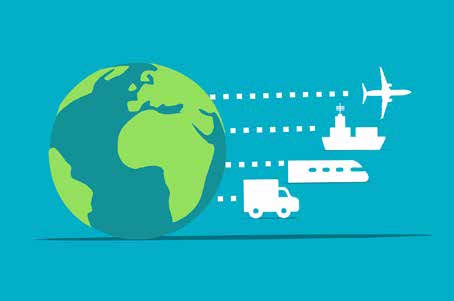 When asked about common environmental challenges for hoses specifically, Deans suggested that the question of whether to replace or repair an industrial hose (hydraulic hoses should not be repaired) is one that many engineers and manufacturers encounter. While at one time it was much more common to completely replace a compromised hose, the ability to do a full inspection and various recertification tests has led more and more engineers and customers to opt for repairing and recertifying.

“There are several things to consider when weighing the pros and cons of repairing a hose or hose assembly, such as: whether it was made by the distributor being asked to repair, test or recertify the application, condition of the hose and couplings, and many other factors that will determine the integrity of the hose and the ability to repair it safely. The most obvious downfall is that there are potentially more liabilities if a damaged hose is repaired, as there is a higher potential for injury should the hose assembly fail in service. While the obvious damage, or issue has been remedied, the overall longevity of the hose has been altered as trauma has already been deducted from the hose’s total lifespan,” explained Deans. “The pros can be seen in terms of cost efficiency and environmental impact, but at the possible expense of additional liability.”

There have been a few advancements in technology and engineering that have aided in lessening the environmental impact hoses and the emissions they produce on earth. The hoses themselves, however, still inevitably accumulate waste.

By repairing the hose, the general waste is mitigated to some extent. “Industrial hoses have a lifespan and are often made with materials that individuals would not want to have simply end up in a landfill such as carbon black, neoprene, polyethylene and PVC. So what we want to do is try and make sure that each hose is inspected properly so that it will last as long as it possibly can. As distributors we also try to educate our customers to ensure they understand the lifespan of the hoses they are using, and how to correctly select the hose,” stated Deans. “Which types of products and fluids are going to be used will have a significant impact on the hose system, and failure to take that into consideration can lead to premature failures. By looking at material safety data sheets, for example, end users can have a positive impact on the amount of waste created because they have optimized products and therefore extended the life of the hose, keeping it from going into the landfill prematurely.”

With the face of the hose industry constantly evolving, it was great to gain insight from someone so closely involved. Tim Deans was able to showcase and elaborate on the hurdles the hose industry has been facing while bringing to light the ways the hose industry, and individuals’ involvement with it, has been adapting due to the circumstances.

Hose + Coupling World produces print and online publications with the goal of building a global community of industrial hose and coupling producers, suppliers, and users. Our publications aim at providing the latest news, insights, innovations and networking opportunities for manufacturers, distributors, EPC (engineering, procurement and construction) contractors and end users.

By subscribing to the free Hose and Coupling World newsletter you gain free access to a snapshot of the latest tech-related developments in the hose and coupling industry sector – delivered straight to your email inbox.

To subscribe to it, please leave your details in the form.

ABOUT US
Hose + Coupling World is part of the KCI Group of Companies. We are a leading knowledge, communication, and information company connecting business-to-business professionals by building and sustaining global communities, solving their information needs and helping them to develop their professional life and friendships.
FOLLOW US
© Copyright 2022 - KCI Media Group - Hose and Coupling World
X