By 2030 there will be over 200 million tons of hydrogen produced under the Net Zero climate change program. Hydrogen sales will generate revenues of over USD $400 billion, and will also generate hose sales for hydrogen production.

By Robert McIlvaine, President and Founder, the McIlvaine Company

McIlvaine believes that biomass including waste can be a significant source of hydrogen. An analysis has been prepared based on the production of 20 million tons of biomass based hydrogen by 2030.

Hose and Coupling sales for hydrogen production could exceed USD $2 billion in 2030. One variable is the mix of technologies. The relative hose and coupling revenues per ton of hydrogen for electrolyzers is tiny compared to fossil with CCS. Therefore, electrolyzers will not be a significant source of hose and coupling revenue compared to the other production sources. Note that there will be a substantial market for hoses for hydrogen fuel cells in transportation but that is not included here. 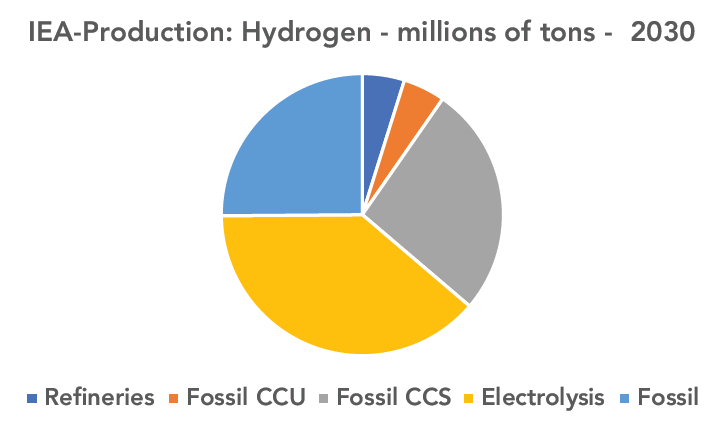 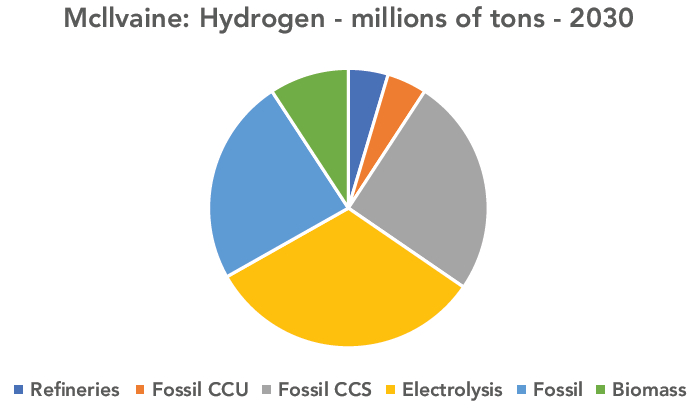 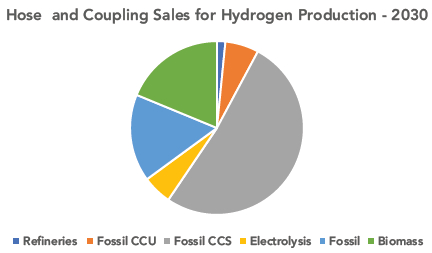 This analysis includes only applications in production and delivery and not use.

Hose and Coupling purchases for the production of electricity using solar energy and electrolyzer technology are rated as the base number. Since ten times more is spent on the transportation and storage, there is no need for carbon capture. So the total hose and coupling purchases are 11 times the purchases just for production. 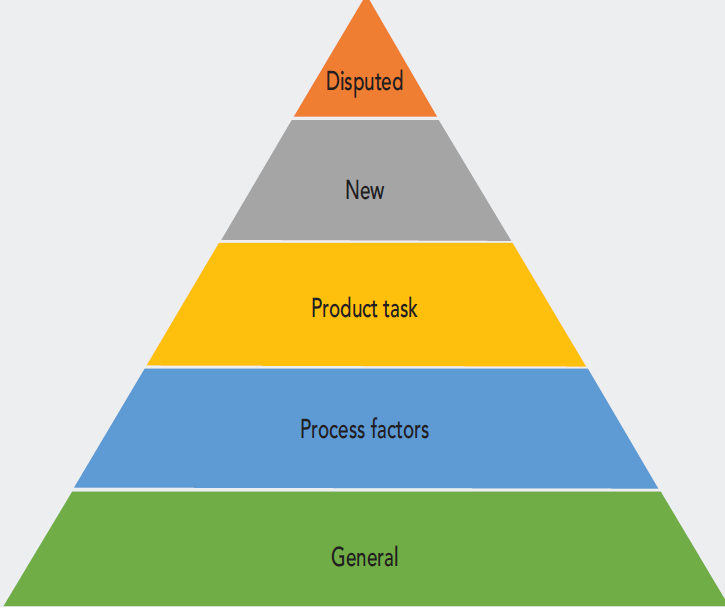 Transportation and storage costs are relatively low due the avoidance of liquefaction and other challenges moving hydrogen.

It is difficult for purchasers to select the best hose and couplings for these applications due to the lack of experience in this field. There is a hierarchy in the value of the type of cost factor which can be communicated. The following is a list from lowest to highest:

Each hose and coupling supplier provides reasons why his product offers the lowest total cost of ownership. The purchaser is challenged to sort out which claims are most accurate. This challenge is best met by connecting the suppliers, users, consultants, and media in an organized way through the Industrial Internet of Wisdom. Future articles in Hose & Coupling World will focus on these disputed factors based on supplier and expert input. 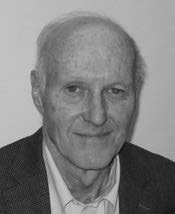 Bob McIlvaine founded the McIlvaine CoMpany in 1974 and oversees the work of 30 analysts and researchers. He has a BA degree from Prince-ton University.

Bringing Together the Hose Community This October!