The industrial parts counter evokes nostalgic thoughts for many who work in the industrial industry. Interchangeable part in hand, operators go in search of that critical item preventing the industrial machinery, automobile, or household appliance from performing its necessary function. Separating the operator from rows and rows of shelving is a grease covered counter and an uncomfortable stool. They rely on the supply house to have the required part and on the individual behind the counter to have the expertise to take that part into the labyrinth of shelving and reappear with the replacement that will get the application up and running. Part wholesaler and part retailer, the industrial distributor is the ‘middleman’ that connects the manufacturer of replacement parts to the end user by providing critical functions that include: warehousing, logistics, financing, marketing, and product knowledge.

Hose and coupling distributors are a gleaming example of the necessity of these types of economies across the world. Through the representation of multiple manufacturer’s they organize and warehouse inventory specifically tailored for their local markets.

To best serve their clients, they also ensure that they have the expertise to select the right part while providing solutions for the end user to enhance performance and longevity. Using both B2B and B2C channels, many distributors act as the hose and coupling connection for every type of industry, automotive application, or homeowner need.

A Brief Look Back

The history of the parts distributor, and aforementioned counter, encompass many products across a wide variety of industries. Beginning with the classic general store, the distribution of products became further specialized into product lines such as hardware and drug. Some of the longest running industrial product distributors are those involved in plumbing and electrical products, which date back to the mid to late nineteenth century.

As new and revolutionary industrial parts and products materialized, the industry underwent further segmentation by product line and found its own identity; separate from those such as auto parts and general hardware. In 1935 The U.S. Census listed industrial distributors as a specific type of establishment and specified that there were 1,633 businesses that qualified for that title. Interestingly, the industrial distributors were generating approximately a-half billion dollars in revenue, while wagon Distributors, 4,256 listed, made less than a quarter-billion dollars. No doubt, the automotive industry was starting to affect Wagon sales.

Today a U.S. industrial distributor can trace their origin to the Antebellum Period of Manufacturing that began after the War of 1812 and lasted through the Civil War. This roughly 50-year period saw rapid growth in the output of manufacturing in America, while the population would quadruple during this same timeframe.

Although manufacturers of all types of products faced significant growth opportunities thanks to the growing population, these opportunities faced disparate challenges. One such challenge was that the population growth began to take place over a larger geography making it increasingly difficult to market and deliver products to the farther reaches of the country.

While there were wholesaling organizations in place that typically handled the importing of product from Europe, and various economies worldwide, the need for wholesalers and jobbers grew. This increase in demand allowed specialization to become a strategic advantage.

In response to the growing demand, there were multiple attempts by manufacturers to build their own salesforce and warehousing network, however, many of them quickly realized that they could not do so as efficiently as individuals and companies that were dedicated to the distribution of product. The costs associated quickly outweighed the differential in profit margin driving further growth of specialized distributors.

An Essential Role in the Industry

The ability to sell large lots of products to this rapidly developing component of the supply chain had another timely advantage for the manufacturing industry. At this time, there was no readily available source of financing and investment to provide the necessary funds for expansion and modern machinery. To this end, the beginnings of the distributor role had as much to do with playing a banking role as any other strategic function. In fact, many of these organizations became shareholders or lenders to the very manufacturers whose goods they were plying. Strapped for cash to finance their operations, factories depended on the advanced sales of product to those willing to buy and warehouse large amounts of inventory. Often founded and operated by individuals or small partnerships, in these ways it can be said that distributors were essential to the economic growth of America.

In addition to supporting the growth of manufacturing, these burgeoning distributors knew that inventory turns were as important as they are today. This desire to move product quickly and grow their own businesses resulted in the need to refine other aspects of the operation, such as, product expertise and marketing.

Not only did manufacturers benefit from the development of this distribution network, but end-users were now also able to procure needed items individually or in smaller lot sizes. Additionally, mills and factories in need of a part no longer had to wait for shipments from a far-away manufacturer in every case. The wholesale distribution network brought critical products in closer proximity and reduced the freight costs associated with expensive railway shipping.

As, in many cases, products required special expertise, the wholesaler or distributor learned quick that providing knowledge in tandem to the products themselves was essential to their continued success. The years between 1865 and 1900 encompass the development of increasingly technical products such as bearings, belting, power transmission components, and of course, more reliable rubber hose; this is in part thanks to vulcanization discoveries earlier in the 19th century.

While the history of hose warrants a broader discussion and could even be traced back to the use of animal intestines to transfer liquid, it is important to note that these products came to life during the same period of rapid manufacturing growth and spurred the creation of the industrial distributor. Product availability and technical expertise have long been the necessary components of this industry and are just as critical today. 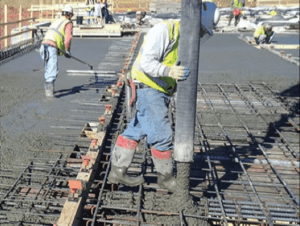 Whether it is still a physical parts counter or an e-commerce version assisted by artificial intelligence, the critical parts and technical support behind the counter remain a key component of any economy. The colorful history of industrial distributors demonstrates their essential roles: providing the necessary logistics to supply a growing nation, facilitating the working capital and long-term financing to fuel manufacturing growth, and increasing specialization resulting in more widely available product expertise. This business model has been in development for two centuries and will continue to evolve with changing market needs and technical innovations. The value of the distributor has stood the test of time developing into a massive and critical component of the industrial infrastructure. 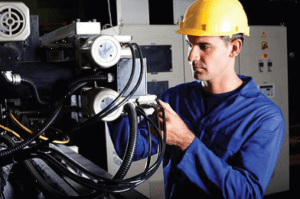